A sub-committee of the Insolvency Law Committee set up in June 2020 proposed a pre-packaged insolvency option that will allow creditors and debtors to work on an informal plan and then submit it for approval even as the nation braces for a shoot up in bankruptcies once the freeze on filing is lifted.

The Ministry of Corporate affairs has invited public comments and suggestions on the draft regulation latest by January 22, 2021 post which it is expected the firm up. This proposal, if accepted, will become part of the Insolvency and Bankruptcy Code, 2016, according to a statement. The sub-committee has recommended that provision be accepted, and amendment be incorporated in the code, preferably by an ordinance, to implement it. The aim of the proposal is to aid the existing insolvency framework and cut the cost and time of the resolution process.

What is a pre-pack?

There is no exact definition of a pre-packaged insolvency stated in the statute. However, a pre-pack deal can be explained as a kind of restructuring plan which is agreed to by the debtor and its creditors prior to the insolvency filing and then sanctioned by the court on an expedited basis. The incumbent management typically retains control until the final agreement is agreed upon. The informality of the process is aimed at a faster resolution of distressed firms. It is a hybrid of the formal and informal insolvency process and can be applied even before a default. Even in the past, the experts have endorsed such a process citing pile of cases at various tribunals and the indefinite amount of time taken to complete insolvency resolution.

“With considerable learning and maturity of the ecosystem, and a reasonably fair debtor-creditor relationship in place, the ground seems ready to experiment new options for resolution of stress under the Code in furtherance of its objectives,” the sub-committee said in its report which is now public.

Key recommendations of sub-committee of ILC

Take a look at this table in the document shared by the IBBI- Report of the Sub-Committee of the Insolvency Law Committee on Pre-packaged Insolvency Resolution Process. 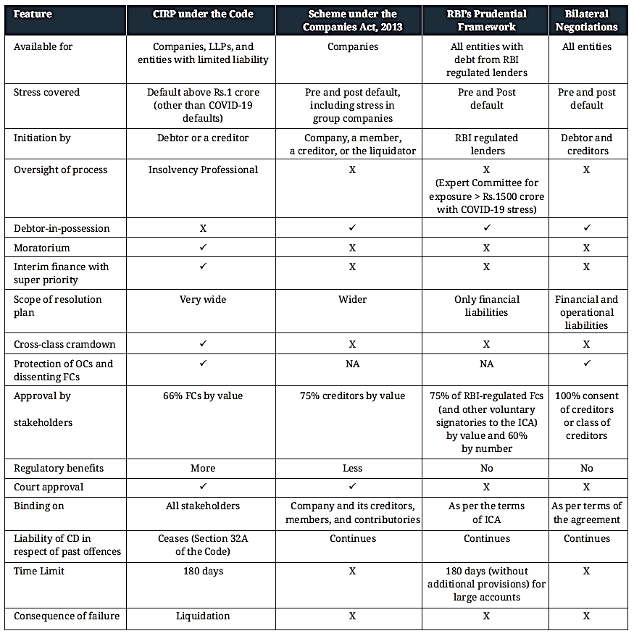 Read more about the topic in the Notice made by the IBBI at:

There are no comments yet

Full day conclave at Kolkata organized by EIRC of ICAI