About Moratorium granted by RBI

In the wake of the coronavirus pandemic, RBI had announced a moratorium on repayment of debt beginning March 1, 2020, to help tide over the financial problems for disruption in normal business activities till 31st May 2020 which was extended for till 31st August 2020.

As per the RBI circular, interest would continue to accrue on the outstanding portion of the term loans during the moratorium period. This means a borrower will have to bear the burden of additional interest if he/she chose to avail the benefit.

Various petitioners had raised a grievance that with the moratorium pushing the limit for repayment of instalments, the accounts could be declared NPAs as on September 1.

On the above-stated point clarification was sought to exclude the moratorium period in the calculation of default period.

Furthermore. the Centre even filed its affidavit in the matter, opposing a waiver of interest on interest during the moratorium period. It was stated that with the RBI’s circular dated August 6 on the restructuring of loans and the various relief packages and measures announced by the Centre, the grievances of the petitioners in the instant case have been adequately answered.

In June 2020, the hon’ble court asked Centre and RBI to review the move to charge interest on loan repayment during the moratorium period for a pandemic. The IBA was also asked to look into the possibility of evolving new guidelines to address the issue. The Court had restricted the scope of the issue involved in the case and had said that it was not asking for a complete interest waiver, but a waiver of interest accrued on the interest amount.

Recently, on 3rd September 2020, the Hon’ble Supreme Court Bench consisting of a three-Judge Bench of Justices Ashok Bhushan, R Subhash Reddy and MR Shah stated that the loan accounts which were not declared as Non-Performing Asset (NPA) till August 31 must be protected and should not be declared as NPAs till further orders, on 10th Sept court affixed the next date of hearing on 28th September 2020.

Though the Court limited petition to interest on interest being charged, it also considered the aspect of the role of the National Disaster Management Authority under the Disaster Management Act to provide relief as regards loan repayment in disaster situations. The interim order passed by the court was to protect the borrower’s need.

The matter is listed again on 28th September 2020 for further consideration. In the meanwhile, RBI is likely to announce a one-time loan restructuring guidelines soon.

The article was written by – Binay Singhania, Partner at AAA Insolvency Professionals LLP. 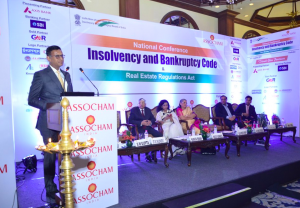