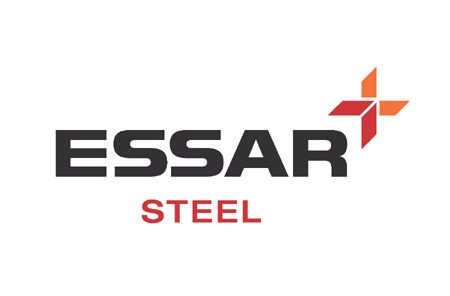 Essar Steel, a company promoted by the Ruias, has been in the news since it was included among the 12 companies against whom RBI had issued the 12th February 2017 circular. The Corporate Insolvency Resolution Process against the company was initiated in August 2017 by the Ld. Adjudicating Authority (AA), National Company Law Tribunal, Ahmedabad Bench.

Essar Steels, owing to its huge assets, had several Resolution Applicants which included Numetal, Vedanta and JSW Steel. However, the winning bid was of Lakshmi Mittal’s ArcelorMittal, the world’s largest steel company, in partnership with Japan’s Nippon Steel and Sumitomo Corporation, which offered to take over the asset by paying ₹42,000 crore and a further ₹8,000 crore of equity infusion into the plant.

Inspite of being the H1 bidder, Accelormittal’s bid made its way through multiple courts and benches before finally being approved by the committee of creditors (CoC) in October 2018. The promoters of the corporate debtor, Ruias, had also made a final attempt to save the corporate asset by offering to pay back lenders the full ₹54,550 crore, which was yet again rejected by the bench. The resolution plan of ArcelorMittal was approved by the AA on March 8, 2019.

However, the NCLAT being dissatisfied of the pay-out ratios, took the view that operational creditors stood on an equal footing as financial creditors and their claims had to be considered at par with those of financial creditors. NCLAT’s judgment given in Essar Steel matter had the effect of taking insolvency resolution processes under the IBC completely off track. The most striking feature of the judgment of the NCLAT was the view taken that the CoC is not empowered to decide the manner in which claims of creditors are to be dealt with. Under the proposed resolution plan, the operational creditors against whom total claim of ₹4,976 crores was admitted were receiving a sum of ₹1,200 crore, resulting in a sharp haircut of 75.88%. Further Standard Chartered Bank, one of the formal lenders, having a claim of ₹3,487 crore was receiving ₹60.71 crore which was hardly 1.74% of the claim admitted. While the rest of the ₹42,000 crore would go to the secured financial lenders. Therefore, the Appellate Tribunal ruled that unsecured lenders and operational creditors shall get 60.7% of their outstanding claims and proportionately share the money that ArcelorMittal has offered to pay for the Indian firm, which in rupee terms entailed a payment of ₹30,030 crore to financial creditors and ₹11,969 crore to operational creditors.

Furthermore, the operational creditors with admitted claim amounts of less than ₹1 crore were on track of getting 100%, while for those with claims of more than ₹1 crore, the payment would be 60.26%.

The other aspect of NCLAT’s judgment was that claims decided by the resolution professional and affirmed by the NCLT or the NCLAT are considered to be final and binding on all creditors. On the contrary, NCLAT took the view that operational creditors have separate classes within themselves and can be classified into sub-classes for the purpose of distribution. This order amending the proposed resolution plan was not encouragingly accepted by the secured financial creditors, as it diminished their priority rights to the proceeds generated from the sale or liquidation of a bankrupt entity, including the settlement mechanism in future insolvency cases. Therefore the aggrieved financial creditors filed their plea with the Hon’ble Supreme Court.

In a landmark judgment pronounced by the Hon’ble Supreme Court on 15th November, 2019, which upheld the supremacy of the claim of Committee of Creditors comprising the financial creditors of the bankrupt firms over the distribution of claims. The Supreme Court quashed the earlier NCLAT order which brought parity between financial and operational creditors of Essar Steel in matters of distribution of proceeds. Considering that the major delays in the resolution of insolvent corporate debtors occurred due to pending litigation initiated mostly on account of operational creditors expressing their unhappiness over the distribution of funds. Their stance is that they get a raw deal from the IBC process and have to take steep haircuts. The Supreme Court’s verdict will put those concerns to rest as it said that even though the Committee of Creditors will have a final say on apportioning the funds received, it has to take care of the interests of the operational creditors as well. Equality cannot be invoked on non-equals. This ruling is premised on the fact that no concern can function without Operational creditors.

Furthermore, the Hon’ble Court has done away with the 330-day mandatory deadline for the resolution of insolvency and bankruptcy cases after which liquidation will be invoked.

The 330-day deadline was brought in through amendments by the government this year with the purpose of bringing down litigation time. The original window of 270 days had been breached in many cases on account of litigation. Courts treated the time spent in litigation as outside of the 270-day window, thereby causing major delays to the resolution process. The 330-day deadline included time spent on litigation. The Supreme Court has given the adjudicating authority the powers to decide if it needs more time to decide on a specific case.

The IBC’s biggest USP was its time-bound resolution of bankrupt firms and allowing them to remain as going concerns; companies are referred for liquidation only in extreme cases. A faster IBC resolution is in the interest of all stakeholders as it will relieve the banking sector of the stress it is currently facing in terms of NPAs. This is important for improving India’s business climate and ease of setting up new businesses

Full day conclave at Kolkata organized by EIRC of ICAI